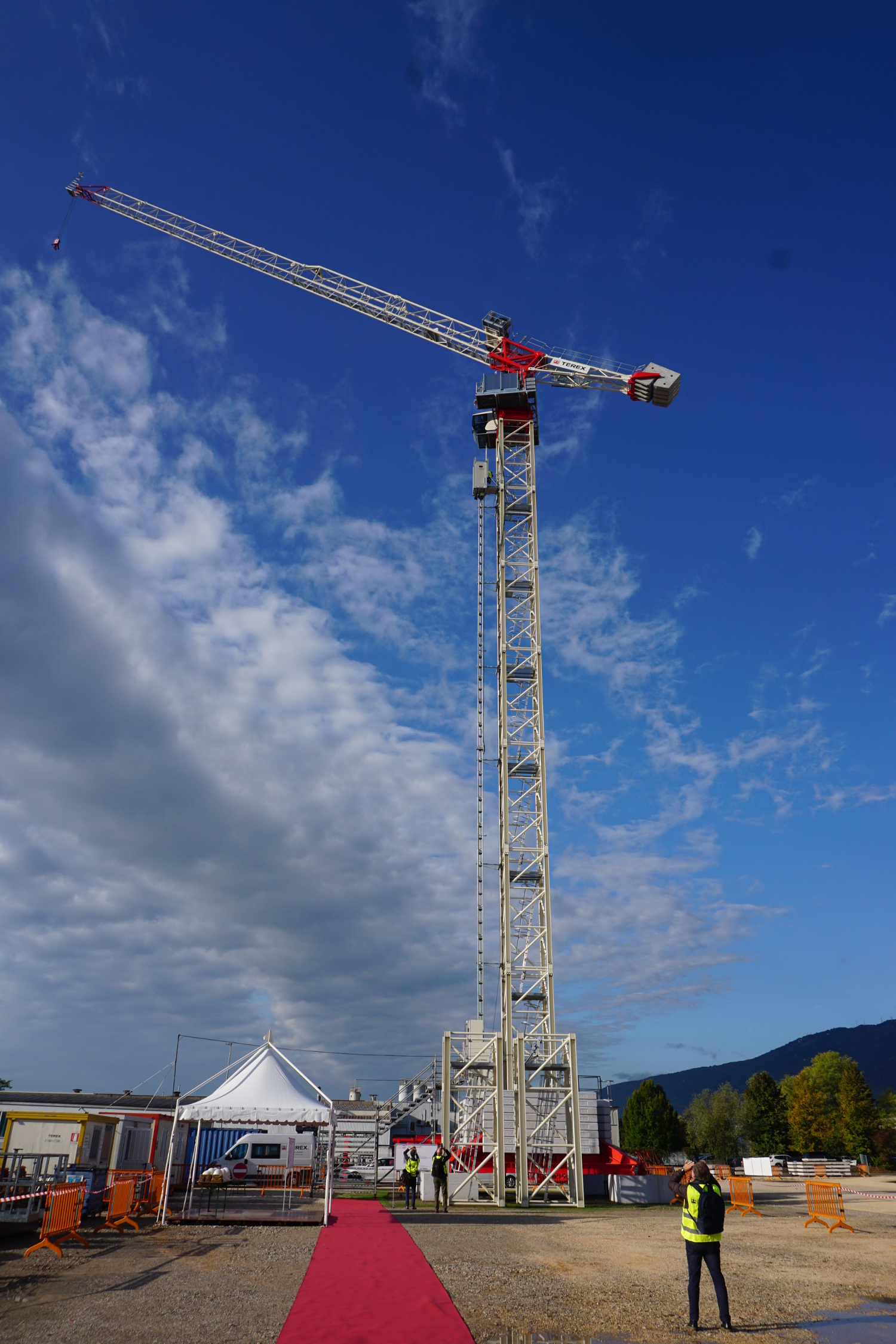 During a customer event at a testing yard in Polcenigo, Italy, Terex has shown for the first time three new tower crane models, one of which is the company’s first hydraulic luffer.

The 12t CTLH 192-12 hydraulic luffer has a maximum jib length of 55m and a capacity at maximum length of 2.35t. This model has a parking radius of just 8m for all jib lengths and a minimum working radius of 3m. Massimo Cappello, director, global product management, tower cranes and rough terrain cranes, said the low parking radius is important because this machine is normally required in constricted jobsites or ones where multiple machines operate simultaneously. “This machine allows to have much less distance from one machine to the other thanks to the parking radius, and allows machines to be parked very close to each other. This is the main requirement in big cities,” Cappello said.

This model features new luffing technology with a 30kW hydraulic system, which the company says allows the complete movement from horizontal up to almost vertical within two minutes. It also has a secondary pump in case there is an issue with the primary one.

The CTLH 192-12 has an advanced control system, which the company aims to standardise across all models, and features the Terex Power Plus (TPP), Terex Power Match, T-Link telematics and new S-Pace cabin. This crane can be used with any of Terex’s HD23, TS23, TS21 or H20 towers. It will be available from January 2020.