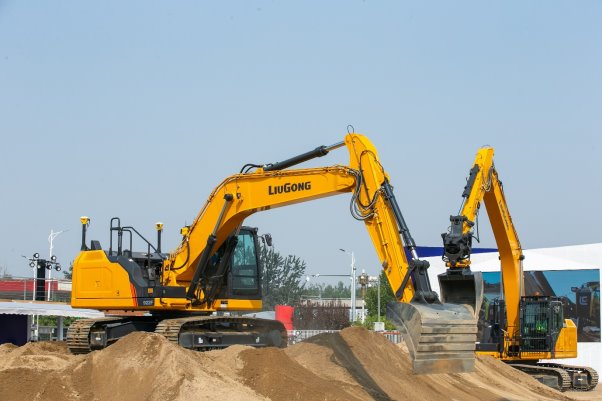 LiuGong has launched its sixth generation of F-series excavators with sizes ranging from 1.8 to over 100 tons.

The company is stressing improvements in technology for its lineup. Those improvements include an electronically controlled hydraulic system designed for better management of flow distribution. An intelligent cooling system that adjusts fan speed to water, oil and intercooler temperatures. The technologies combine to reduce oil consumption by 15 to 20 percent compared to their predecessors and improve operating efficiency, the company says.

New models in the F-series include:

The 9018F is the smallest in the lineup at 1.8 tons. It can fit through passages 3.3 feet wide and can be used indoors. It features an adjustable and locked hydraulic system with maximum pump displacement, a load-sensitive hydraulic system, configured variable track and swing-arm deflection, the company says. The engine hood is designed to open for easy maintenance.

The 3-ton 9025F is designed for working narrow spaces with its zero tail swing and swing-arm deflection and can be used indoors. Other features include an adjusted load-sensitive hydraulic system, fully open engine hood for easier maintenance, an open-top closed cab and optional electronically controlled proportional pipelines with adjustable maximum displacement to match different accessories.