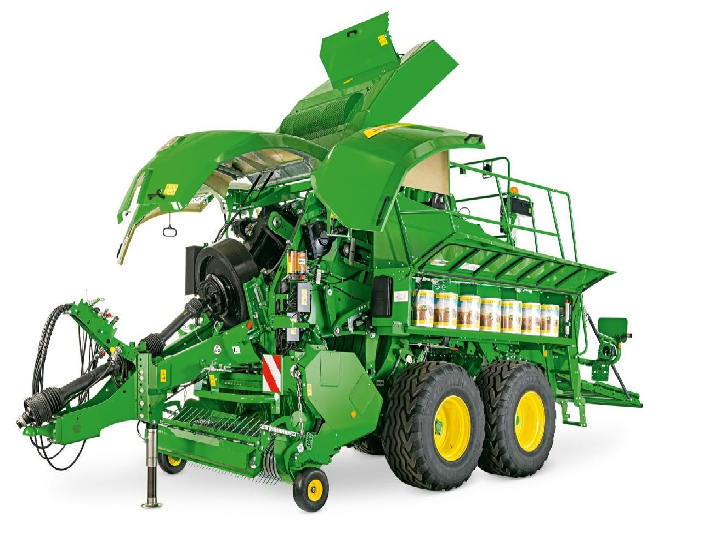 THREE new models have been added by John Deere to its range of large square balers.

Better performance and operational safety, as well as lower operating costs, is the aim of the newcomers, said a spokesman.

The L600 Series has been designed to improve productivity by up to 15% and bale weight by up to 5% set against the outgoing models. They are also fully ISOBUS compatible, allowing operators to adjust and control various settings from the cab, including the newly designed pre-cutter which features knife group selection with a choice of 0, 11, 12 or 23 knives.

This should be a big improvement to operator comfort, as drivers won’t need to leave the cab to select different knife groups.

For better monitoring of harvesting conditions, John Deere has also made further improvements to the machine’s moisture sensor. This now has a wider measurement range of 9-40%, instead of 11-34% on the previous models – which theoretically will suit Scottish buyers.

Baler components have also been strengthened and optimised to deliver the promised higher productivity and operational safety benefits. The L624 and L634 models use a 468kg flywheel, which is 64% heavier than on previous machines, which should help smooth out lumps. All models feature an even, shear-bolt free drive system, despite the fact that hydraulic chamber pressure has been increased by 17% from 180 to 210 bar to increase bale density.

Both existing rotor options, RotoFlow HC and MaxiCut HC, with 23 knives, will continue to be offered on the new range. Rotor diameter on the heavy-duty RotoFlow has been increased by 25% – available on the L624 and L634 models – which improves crop intake and lowers the risk of blockages.