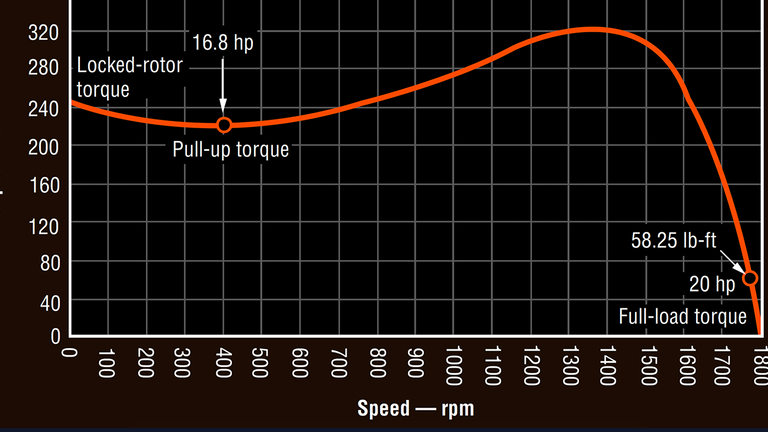 When specifying components for a hydraulic power unit, the prime mover is sized based on torque, speed, and power requirements of the hydraulic pump. This is fairly straightforward for electric motors because they generally have a starting torque that far exceeds running torque. Often, though, designers specify motors sized larger than necessary. This results in wasted energy because the motor operates at less-than-maximum efficiency.

Diesel and gasoline engines are another matter. They have a much flatter torque-speed curve, so they deliver roughly the same torque at high speed as they do at low speed. This means an internal combustion engine may develop high enough torque to drive a loaded pump, but not enough to accelerate it to operating speed. Consequently, with all other factors being equal, a power unit requiring an electric motor of a given power rating usually requires a gasoline or diesel engine with a power rating more than double that of the electric motor.

The cost of electricity to operate an electric motor over its entire lifespan generally is many times that of the cost of the motor itself. Therefore, sizing the motor correctly for a hydraulic power unit can save a sizable amount of money over the life of the machine. If system pressure and flow are constant, motor sizing simply involves the standard equation:

However, if the application requires different pressures during different parts of the operating cycle, you often can calculate root mean square (RMS) power and select a smaller, less-expensive motor. Along with the calculation of rms power (Fig. 1), the maximum torque required at the highest pressure level of the application also must be found. Actually, the two calculations are quite simple.