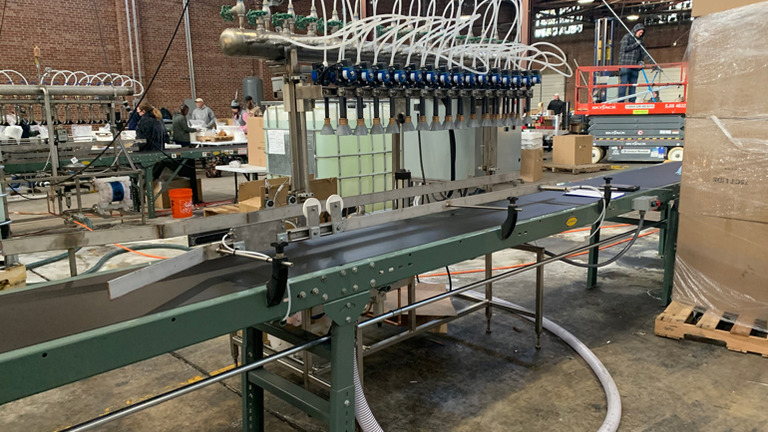 Tens of thousands of hydraulic fracturing wells drilled over the past few years from Pennsylvania to Texas to North Dakota have made unconventional oil and gas production part of everyday life for many Americans. This raises questions about the impacts to local communities and human health. While some studies document that hydraulic fracturing can contaminate groundwater, new evidence shows the practice can also reduce surface water quality.

The study, released today in the journal Science, finds hydraulic fracturing is associated with small increases in salt concentrations in surface waters for several shales and many watersheds across the United States. The largest impacts occurred during the early phases of production when wells generate large amounts of flowback and produced water. However, even the highest levels were well below what the U.S. Environmental Protection Agency considers harmful.

“Our work provides the first large-sample evidence showing that hydraulic fracturing is related to the quality of nearby surface waters for several U.S. shales,” says Christian Leuz, a co-author of the study and the Joseph Sondheimer Professor of International Economics, Finance and Accounting at the University of Chicago’s Booth School of Business. “Though we estimated very small water impact, one has to consider that most measurements were taken in rivers or streams and that the average fracturing well in our dataset was not particularly close to the monitors in the watershed.”

Leuz and his co-authors, Pietro Bonetti from the University of Navarra and Giovanna Michelon from the University of Bristol, combined surface water measurements with more than 46,000 hydraulic fracturing wells to examine whether new drilling and development activities are associated with elevated salt concentrations (bromide, chloride, barium and strontium) in 408 watersheds over an eleven-year period. They found a very small but consistent increase in barium, chloride and strontium, but not bromide, in watersheds with new hydraulic fracturing wells.

Several findings support the connection between the elevated salt levels and the nearby hydraulic fracturing activities. Along with the timing of when the highest levels occurred, the salt concentrations were also more pronounced for wells in areas where the deep formations exhibited higher levels of salinity. Additionally, they were highest when observed within a year at monitoring stations that were within 15 kilometers and (likely) downstream from a well.