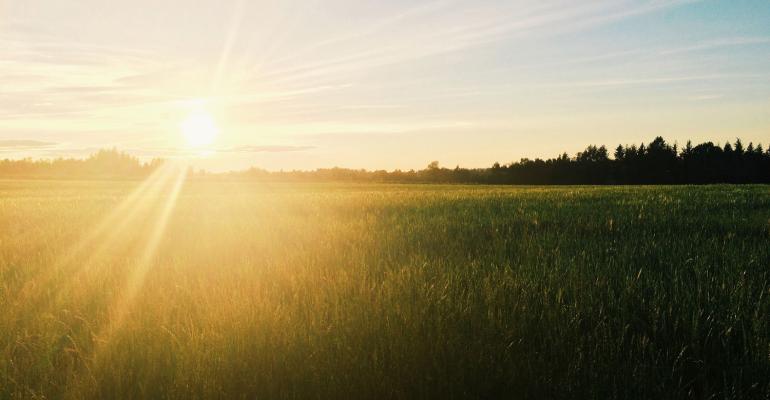 What Happens When Hydraulic Systems Get Too Much Sun?

Hydraulic component failures from pressure overload have been reported in agricultural equipment, which often is left exposed to the sun for long periods when it is not being used. These pressure overloads can be above and beyond system relief valve settings, and they occur while equipment is shut down, rather than when it is operating. These seemingly improbable events result from thermal radiation absorptivity from prolonged exposure to the sun.

Obviously, the problem is more complex. Through laboratory stress analysis of a failed component, the pressure that caused the failure can be computed. Working backward from that number, an analysis of the situation can be made.

A Typical Scenario
Let’s begin with this scenario: Assume the failed component came from an agricultural implement. The implement had been disconnected from the tractor on a fall day. It was a heavy implement that could trap 2,500 to 3,000 psi in its hydraulic system. Further assume that the ambient temperature was between 20° and 30°F on that fall day. If we know what the failure pressure is, and subtract the trapped pressure, what remains is the amount of pressure that would have to be generated by external sources to cause failure.

For this thermal-expansion problem, the bulk modulus of the fluid is a key factor. The bulk modulus for typical hydraulic oils ranges from 240,000 to 250,000 psi and varies with temperature. For this example, we’ll use an average value to get a useful indication of the possibility of thermally generated pressure increases.

Read more: What Happens When Hydraulic Systems Get Too Much Sun?