These days, almost every component and system in a piece of heavy equipment is becoming more intelligent through the incorporation of sensors and the Internet of Things (IoT).

“The core vision of IoT for mobile machines is about implementing digital technology to capture actionable data about the performance of mobile machine systems autonomously, do it in real time and deliver it to machine end users and OEM suppliers so they can maximize the uptime and flexibility of their machines,” says Terry Hershberger, director, Sales Product Management & eSystems, Bosch Rexroth.

In hydraulic systems specifically, there are two major trends driving increased intelligence, says Ben Hoxie, director of engineering, power and motion controls at Eaton. The first is distributed intelligence enabled by low-cost computing and sensing, which gives rise to all types of new machine functions. Eaton refers to this intelligent machine movement as Dynamic Machine Control.

The second key driver is “a step change in connectivity” through mobile and industrial communication protocols that can cost effectively transmit significantly more data. “This improved connectivity is enabling big data innovations that will yield new insights into how machines operate and the behavior of machine operators,” says Hoxie. 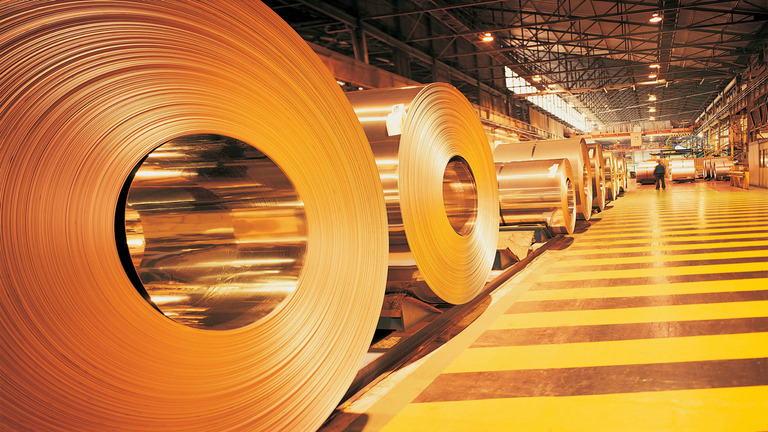 Hydraulic fluid is the lifeblood of industrial machinery and serves many purposes in industry applications. With advances in equipment technology and the ability for hydraulic fluids to provide the necessary protection, it is essential to understand that it is not just another consumable item to be purchased and disposed of as needed.

Many in the industry now recognize that selecting the proper hydraulic fluid can contribute to plant efficiency and ultimately help reduce costs. This insight has driven a great deal of innovation in the hydraulic fluid market. It has brought more choices to power transmission plants, steel and aluminum mills, and other facilities that rely on hydraulic fluids.

Development of Water-Glycol Based Hydraulic Fluids

Many industries utilize water-glycol hydraulic fluids, including power transmission plants; hydraulics systems operating in areas subject to fire hazards (such as those in steel and aluminum mills); molding and metal die casting machinery; welding machines; and foundries. The fluids can also be used in cases that can benefit from fire resistance and extended fluid life while also meeting environmental concerns.

The Hydraulic Fluid Connectors Market report provides a detailed analysis of the dynamic of the market with extensive focus on secondary research. The report sheds light on the current situation of the market size, share, demand, development patterns, and forecast in the coming years.

This has brought along several changes in This report also covers the impact of COVID-19 on the global market. 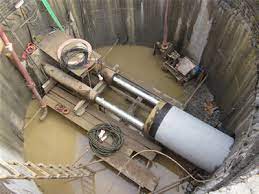 The report also summarizes the various types of Global Hydraulic Pipe Jacking Machine Market. Factors that influence the market growth of particular product category type and market status for it. A detailed study of the Global Hydraulic Pipe Jacking Machine Market has been done to understand the various applications of the usage and features of the product. Readers looking for scope of growth with respect to product categories can get all the desired information over here, along with supporting figures and fact.

This report provides pin-point analysis for changing competitive dynamics. It offers a forward-looking perspective on different factors driving or limiting market growth. It provides a five-year forecast assessed based on how the Global Hydraulic Pipe Jacking Machine Market is predicted to grow. It helps in understanding the key product segments and their future and helps in making informed business decisions by having complete insights of market and by making an in-depth analysis of market segments.

Key questions answered in the report include: 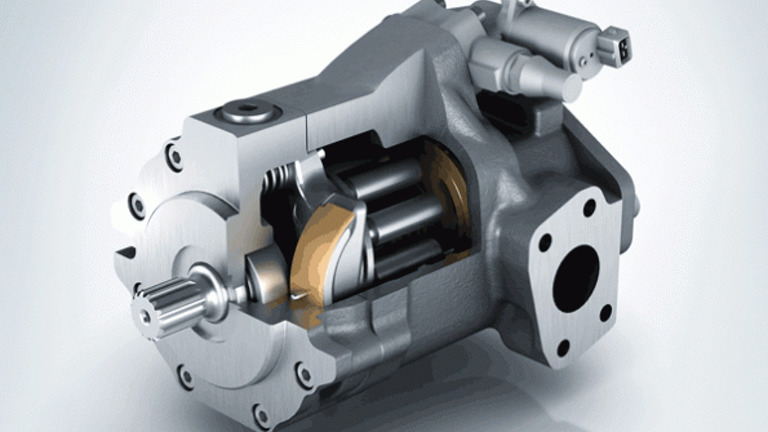 Global Axial Piston Hydraulic Motors and Pumps Market Growth 2021-2026 consists of insights about all the essential parameters of this market such as consumption and the production patterns coupled with the revenue patterns for the prediction period from 2021 to 2026. The report is an in-depth and dedicated scrutiny of the existing stats of the global Axial Piston Hydraulic Motors and Pumps market covering numerous facets associated to statistics and growth of the business. The report is segregated into diverse sections to simplify the comprehension of the market dynamics. It encompasses all the major competitors and players. The categorization is also inclusive of the competitive spectrum, encompassing the chief manufacturers involved in the primarily developing market.

The report contains a succinct analysis of the entire competitive hierarchy, while a comprehensive study of the competitive scenario among the leading players has been depicted in the subsequent sections, along with a detailed insight of the sales captured by the participants and the share each manufacturer accounted for in the overall market share.  The report helps you to better comprehend the business profile in terms of drivers, restraints, challenges, and opportunities affecting and pertaining to the global Axial Piston Hydraulic Motors and Pumps market dynamics.

Concerning the production aspect, the report presents a complete detailed analysis of the manufacturing procedures with the gross financials gathered by the topmost manufacturers functioning within this industry. The report has also included various features relating to the global Axial Piston Hydraulic Motors and Pumps market players like company profiles, supply chain value, product specifications, market shares, and the major strategic market developments.

An exhaustive competition analysis that covers insightful data on industry leaders is intended to help potential market entrants and existing players in competition with the right direction to arrive at their decisions. Market structure analysis discusses in detail Wire Braided Hydraulic Hose companies with their profiles, revenue shares in the market, comprehensive portfolio of their offerings, networking and distribution strategies, regional market footprints, and much more.

In Chapter 6, on the basis of types, the Wire Braided Hydraulic Hose market from 2015 to 2025 is primarily split into:

In Chapter 7, on the basis of applications, the Wire Braided Hydraulic Hose market from 2015 to 2025 covers: 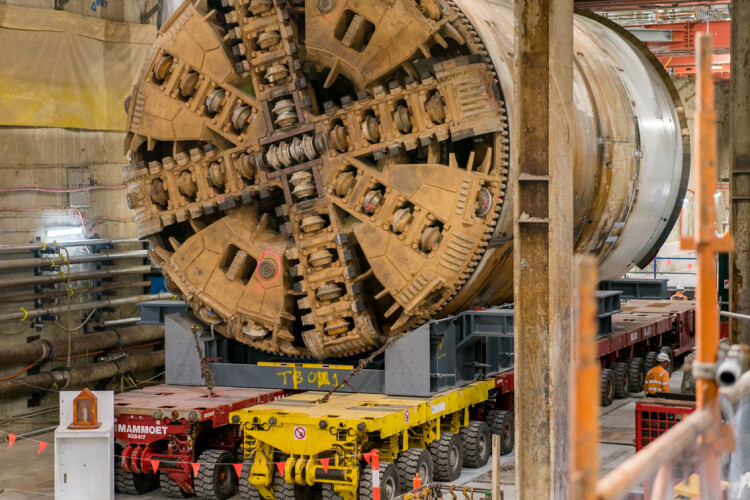 The machines were lowered into place 20m below street level at the site of the Metro Tunnel project’s new Anzac Station, then relocated to their launch positions underground.

The Metro Tunnel is the biggest public transport infrastructure project in the state of Victoria’s history, delivering twin 9km tunnels and five new underground stations through the centre of Melbourne.

A range of equipment including 28 axle-lines of SPMT, 300t hydraulic jacking systems and 600t skidding systems was mobilised on site.

Mammoet first lifted each machine off the underground station floor using six 300t hydraulic jacks. This allowed 14 axle lines of self-propelled modular transporters (SPMTs) configured with a four-file width could be positioned beneath it. The machines were then transported slowly to the launch ramp where hydraulic jacks lifted them from the SPMTs.

Subsequently, the machines were jacked-down onto Mammoet’s 600t heavy-duty hydraulic push-pull skid system before being skidded forward to their final positioning location. Mammoet also moved and positioned a 57t thrust frame and 60t gantry, which were components of each tunnel boring

As part of the execution, Mammoet provided detailed planning involving many simultaneous operations. The team worked closely with the client and other subcontractors to make sure all access routes were well-planned beforehand, and communications about day-to-day operations were given to all parties.

The project’s managing contractor, joint venture CYP Design & Construction, said: “We are satisfied with the work done by Mammoet to transport the two tunnel boring machines and their components safely and efficiently to their launch positions.

“Mammoet’s experience in heavy transportation, together with the availability of a local professional team, allowed for us to work together in the development of solutions, discussion of schedules, and timely delivery of work.” 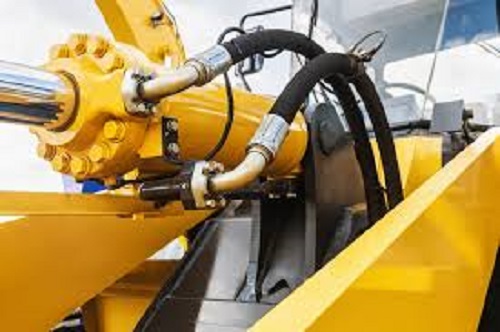 Hydraulic Cylinders are used for creating mechanical force in a linear motion. A hydraulic cylinder is a tube capped at either end with a rod sticking out of one side. Attached to the rod, interior to the cylinder, is a piston. The piston separates the internal rod side from the internal cap side of the cylinder. Fluid is forced into either side of the cylinder to extend or retract the piston rod. The piston rod is attached to the part of the machine requiring motion; it could be the boom arm on an excavator or platen on a press. Literally any application requiring linear application of force is an excellent use of a hydraulic cylinder, and no other method of linear motion is so strong and efficient as a cylinder is. Hydraulic cylinders can extend with force ranging from a couple thousand pounds up to thousands of tons.

The key questions answered in this report:

Various factors are responsible for the market’s growth trajectory, which are studied at length in the report. In addition, the report lists down the restraints that are posing threat to the global Hydraulic Cylinder market. It also gauges the bargaining power of suppliers and buyers, threat from new entrants and product substitute, and the degree of competition prevailing in the market. The influence of the latest government guidelines is also analyzed in detail in the report. It studies the Hydraulic Cylinder market’s trajectory between forecast periods. 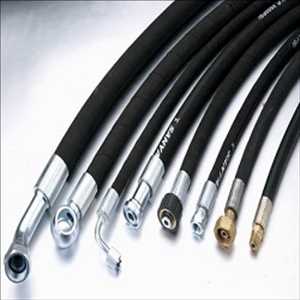 The pandemic of Coronavirus (COVID-19) has affected every aspect of life globally. This has brought along several changes in market conditions. The rapidly changing market scenario and initial and future assessment of the impact is covered in the report. It covers the entire market with an in-depth study on revenue growth and profitability. The report also delivers on key players along with strategic standpoint pertaining to price and promotion.

Our sample reports are free of charge and contain multiple sections of the report including the market size and forecast, drivers, challenges, trends, and more.

With an all-round approach for data accumulation, the market scenarios comprise major players, cost and pricing operating in the specific geography/ies. Statistical surveying used are SWOT analysis, PESTLE analysis, predictive analysis, and real-time analytics. Graphs are clearly used to support the data format for clear understanding of facts and figures.

After years of development, the Mining Division of the Liebherr Group has launched today the new R 9600 hydraulic excavator. This 600 t excavator, it says, sets new standards in the open-pit mining market. The successor of the popular Liebherr R 996B has entered the market after gaining a year of field experience in Australia, the largest market for 600 t class excavators. This new development builds on years of customer-centric research and is based upon the successful R 9800 800 t excavator. A total of eight units will be operating in Australia by the end if 2021. The R 9600 will enter serial production at the end of this year.

Customer input has played an important and pivotal role in the development of this new machine. Engineering, sales and marketing teams have collected feedback and insights from mine site equipment operators, maintenance personnel and procurement groups as well as executive management to have a clear understanding of the challenges they meet every day.

The new R 9600 aims to reach the highest standard in terms of safety, sustainability, performance, lifetime, total cost of ownership (TCO), ease of maintenance and more. After testing the first prototypes at the factory proving grounds in Colmar, France, in early 2020, the first R 9600 pre-series excavators started operating in iron ore and coal applications in Australia. Liebherr, together with its two very important customers, BHP and Thiess, started the partnered validation of the first two units in the field. Backed by this succesful validation phase, the R 9600 is ready to enter the global market.